Quote of the Day: Barack Obama on Special Interests 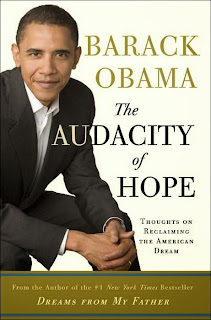 "I've never been entirely comfortable with the term 'special-interests,' which lumps together ExxonMobil and bricklayers, the pharmaceutical lobby and the parents of special-ed kids. Most political scientists would probably disagree with me, but to my mind, there's a difference between a corporate lobby whose clout is based on money alone, and a group of like-minded individuals—whether they be textile workers, gun aficionados, veterans, or family farmers—coming together to promote their interests; between those who use their economic power to magnify their political influence far beyond what their numbers might justify, and those who are simply seeking to pool their votes to sway their representatives. The former subvert the very idea of democracy. The latter are its essence."

Newer Post Older Post Home
Subscribe to: Post Comments (Atom)
A personal blog on philosophy, technology, and librarianship.
This blog is retired. Any views expressed were mine at the time, but it's not a reliable guide to what I'm about these days.